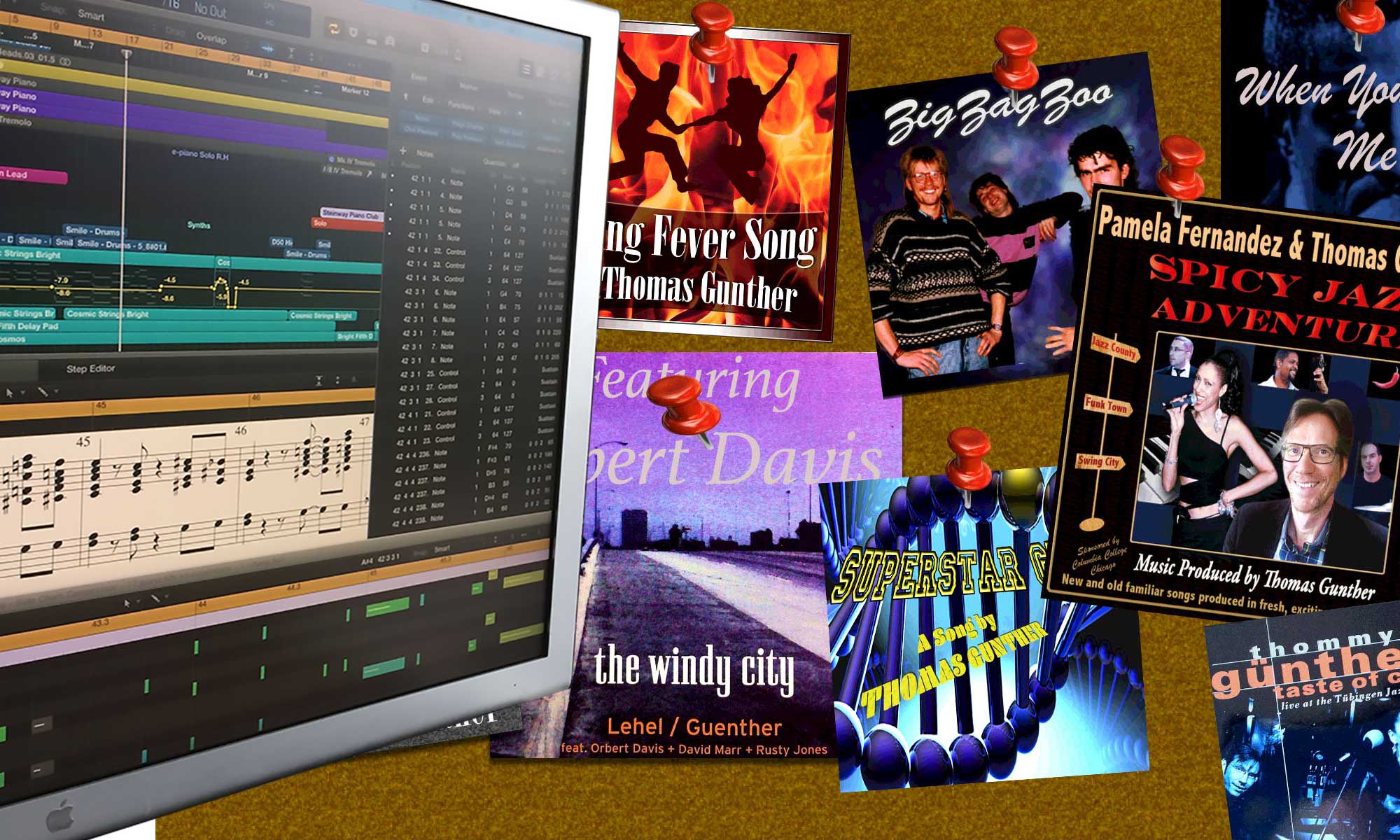 I have recorded on many CDs in my life.
Below you find only CDs produced under my name on which I acted as pianist/keyboardist, composer, arranger, and producer.
On my most recent CDs I was also the sound engineer.

To find out more about any of my CDs listed below, simply use the link below each CD player.
I have also produced lots of music that is not part of a CD. To discover it, please check out my Music by Thomas Gunther overview page.

Spicy Jazz Adventure is one of my most recent jazz fusion albums. It features my long-time musical partner vocalist Pamela Fernandez.

Find it on Apple Music

Find it on Amazon

The Windy City is my first jazz album that I recorded in Chicago. I produced it together with my longtime musical partner Peter Lehel from Germany. The album features two wonderful musicians well known in the Chicago jazz scene, Orbert Davis (trumpet) and Rusty Jones (drums).
The album features all original music written by myself and Peter Lehel.

The Thommy Gunther’s Taste of Chicago Band is a band I put together for the German American Institute’s 50th anniversary. It features some of the finest Chicago jazz musicians such as Bobbi Wilsyn (vox), Jim Gailloreto (sax/flute), Daniel Anderson (bass/tuba), Alejo Poveda (percussion), and Tim Davis (drums). The band toured Germany in 2003, performing mostly original music. The last concert in my hometown Tübingen/Germany was recorded live by the local radio station SWR.